When the Project QUILTING Triangulation challenge came out I couldn’t not get the idea of a “triangular pig” out of my head.  I also had a “Barns of America” challenge for the Sun Prairie Heritage Quilt Show that I had to finish up and it’s usually around the second Project QUILTING Challenge that I try to double up the challenges.  It turns out the “triangular pig” fit right into the barn thing and I came up with an idea. 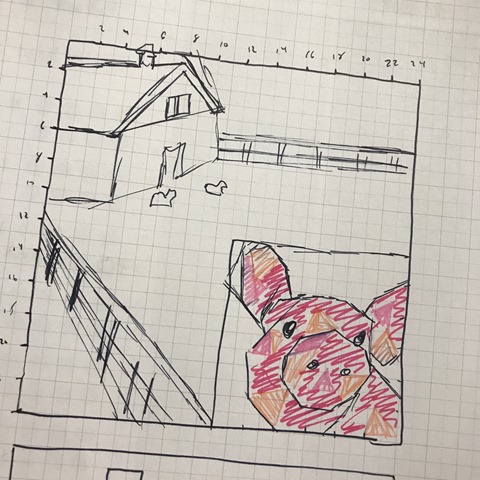 It was either going to be arty like this sketch … or 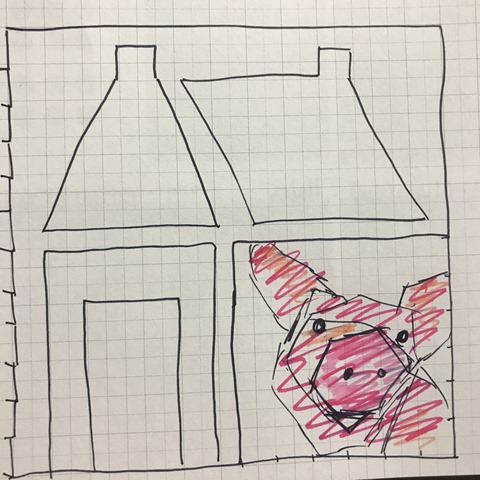 I was going to go a little more traditional and piece the classic “barn” quilt block with a pig
I decided to go the artier route. I pulled a bunch of fat quarters in blues, browns (mud) and green for making the background triangles. 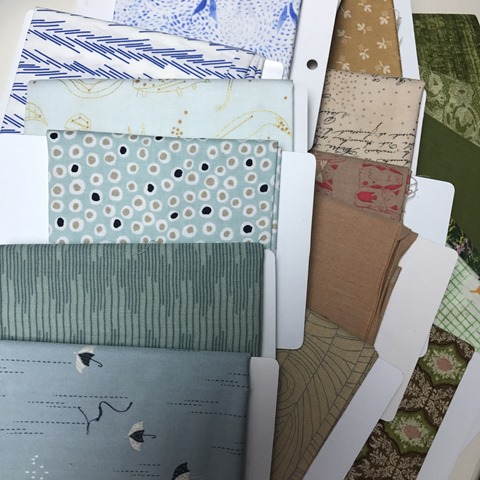 You’ll probably notice that I didn’t end up using them all … I found some scraps that worked really well too and threw those in.  But this was a great way to decide on my palette for the quilt. 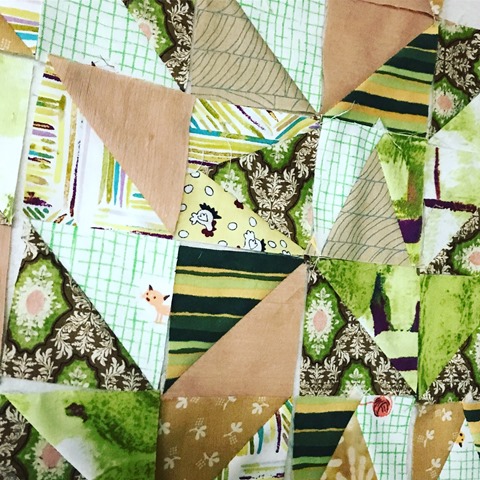 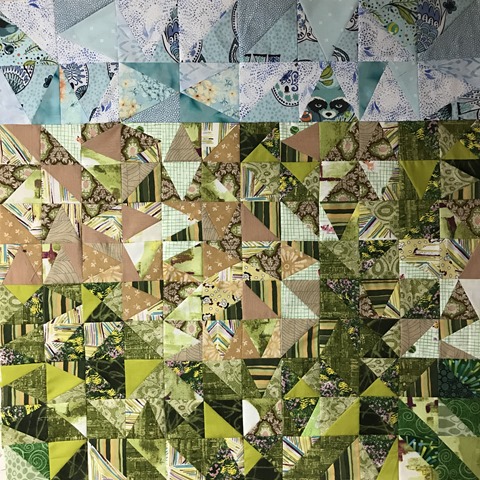 It wasn’t long before I had my 24” square background complete (the Sun Prairie Challenge required the quilt to be 24” square). 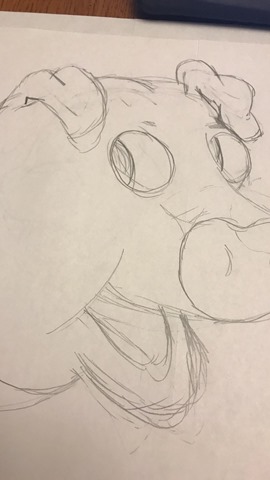 I sketched a pig for raw edge applique 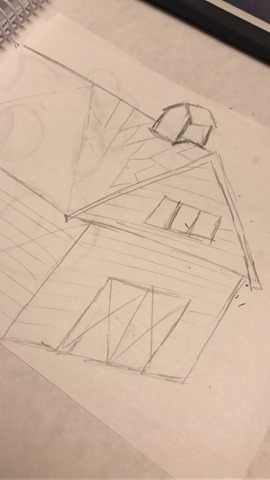 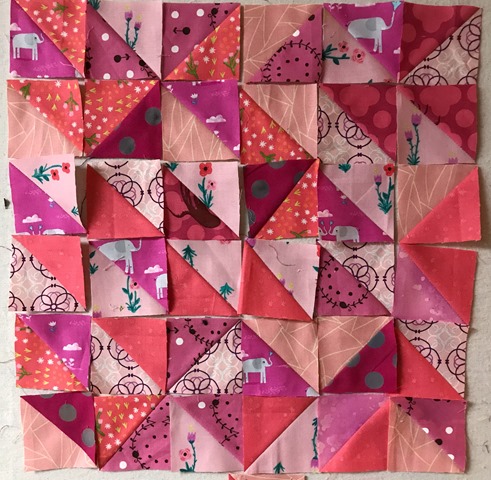 I decided that I would piece half square triangles together for the pig fabric.  I thought it would create a cool effect for the piece.

As for the barn – well, I had challenge fabric that I was required to use for the Sun Prairie Challenge.  When they handed out the challenge packs you either got beige barn fabric or barn red barn fabric. 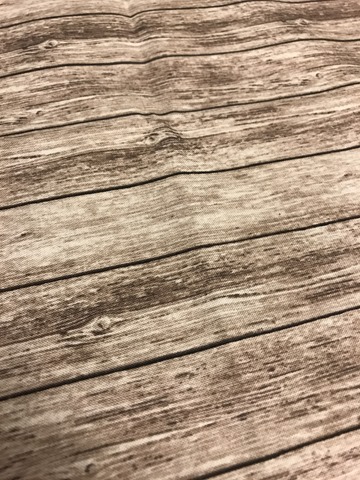 Well – my challenge pack had the beige and I didn’t think that would contrast enough with the brown muds I had pieced. 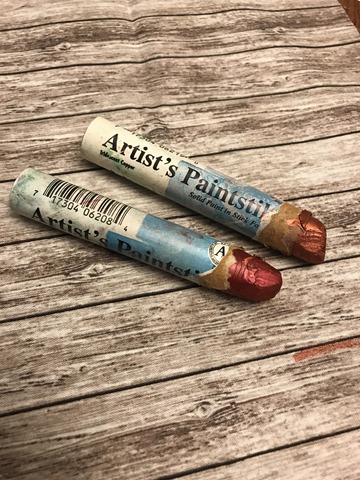 The challenge did state we were allowed to alter the fabric so I pulled out my shiva paintstiks. 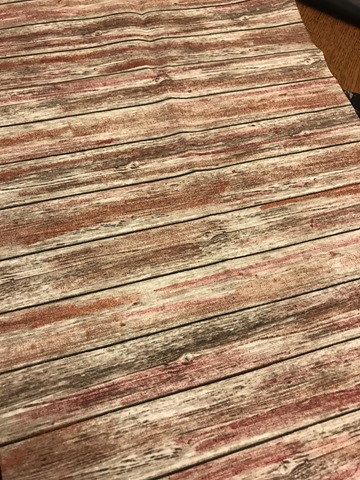 I added enough color to darken the fabric a bit and to create a more weathered old barn effect. This was much better. 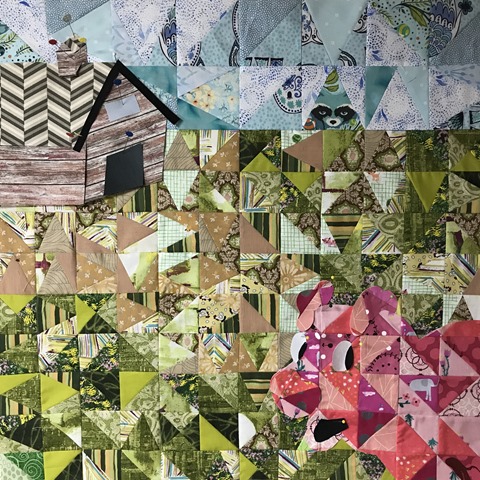 I pinned up the pig and the barn to see how it looked.  I liked it but the big definitely needed more definition.  I was going to just quilt the pig outline with dark thread but Trish told me to try a coloring book black line. 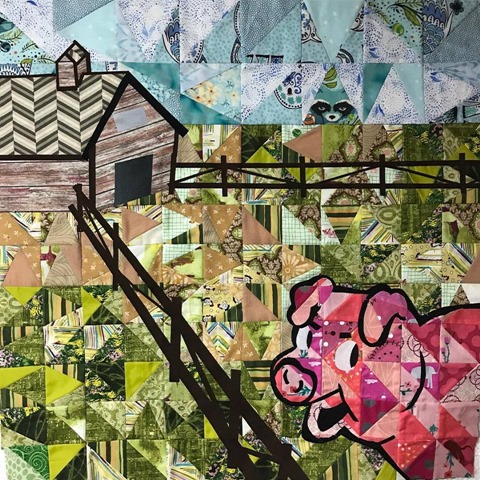 This was actually easy to achieve by tracing the pig onto heat’n’bond lite fusible slightly larger than the actual drawing.  I also created a few extra outlines for the ears, snout and other piggy details.  With the thicker lines on the pig I thought the barn would also need some thicker lines so I cut those out too.  The last thing to fuse was the fence.  I wanted the fence to help create the illusion of depth (since the big is way bigger than the barn, he needed to appear way out in front of it).  I’m pretty happy with how the lines from the fence helped achieve this. 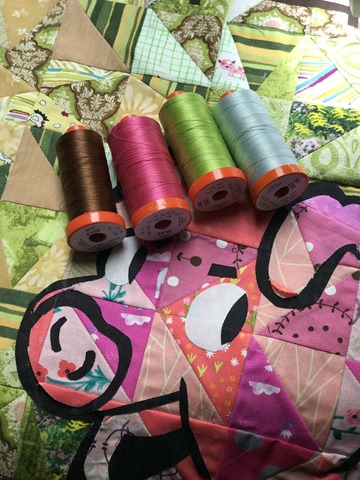 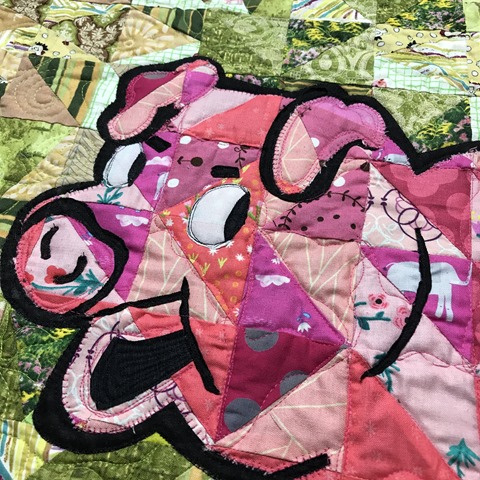 There were A LOT of layers of fabric in this pig so I took my time and blanket stitched most of the pig down first.  Then I free motion quilted just a bit more to completely secure everything down.  Since I used heat’n’bond lite fusible I had to stitch everything that was fused down so it wouldn’t come off. 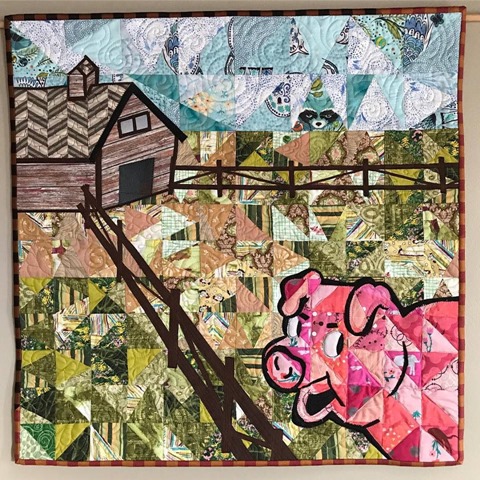 I spent a whole morning getting this piece quilted.  I was going to keep the quilting simple but it’s a little swirly/feathery … it’s hard for me to be calm sometimes.  I bound the quilt in a fun variegated striped fabric and put a hanging sleeve on it right away.  I named it “Lurking Pig” because in the Live facebook video for the first challenge my daughter, Pip, kept poking her head into the video and was “lurking” through most of the end of it.  As I re-watched I couldn’t stop laughing and thought “Lurking Pig” would be the perfect name for this piece.

Be sure to check out all the amazing quilts created for the “Triangulation” challenge and VOTE for your 10 favorites (I don’t qualify but if you like it feel free to comment here).