The Fat Quarter Shop is hosting another fabulous quilt along in 2015. 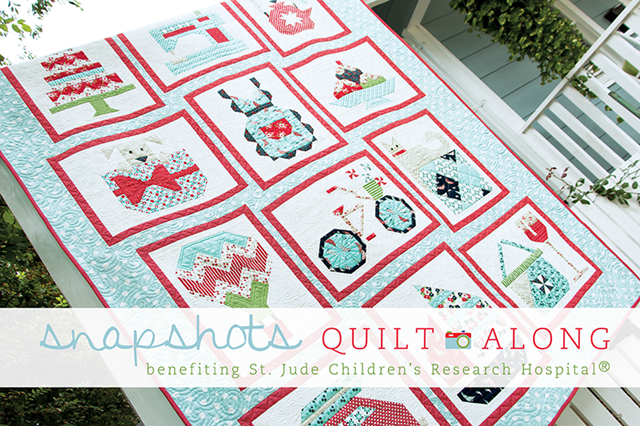 Seriously!?  Isn’t this a super fun quilt!  I’m freaking about just how adorable all those blocks are!!!! For this QAL, the Fat Quarter Shop releases the first pattern and video tutorial on January 15th, 2015, and all the other patterns and videos on the 15th of every month.  (Which means … yup … a new block comes out on my birthday in April!!!!!) For every pattern download, we are encouraging everyone to donate at least $5 to St. Jude’s Children’s Research Hospital! The Fat Quarter Shop is currently taking pre-orders for Quilt Kits and Backing sets.  These kits will ship early February. If you are sewing along with the Fat Quarter Shop they would love if you could share on Facebook, Twitter, Instagram, and/or you blog of your Work in Progress and finished blocks on every 15th of the month as well.  Don’t forget to use the hashtag #fqssnapshots for your posts so that people can find them! For more detailed information regarding the QAL visit HERE. I was going to share with you my favorite block of the quilt along but it’s really a toss up …