I was so excite dto see that a good friend of mine, Ashley Gries of Casa & Co, whom I met through the crafty world is a 2014 Finalist in the Martha Stewart American Made contest! 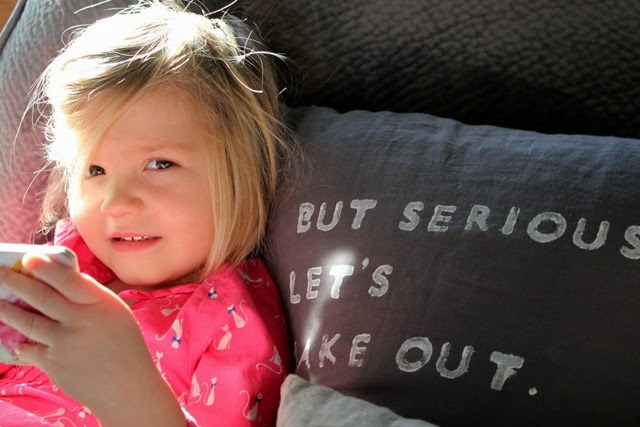 I’ve talked about Ashley to you all before – she makes my most favorite pillow ever – “But Seriously, Let’s Make Out” and then my second favorite pillow ever – “Maybe Later”.  I’m just so excited for her and love seeing amazing things happen to amazing people! To help her make it to the top – head over to HERE and place your vote for her!  And now – let’s find out a little more about her in a mini interview I did with her … (PS – you get 6 votes/day and quilter, Heather Jones, is also a finalist!  Yeah Heather!!!) How did you initially get started selling on Martha Stewart? I initially got started selling with Martha Stewart online by sheer luck and being in the right place at the right time. I was contacted by one of their editors out of the blue! When I asked how they had come across my products, they said ‘one of our editors saw them at a show in NYC’. Well, I hadn’t done any shows in NYC, and the only place that had featured my pillows in the city was STORY – a pop-up shop in Chelsea. STORY had also contacted me out of the blue because they had seen my products at a feature that BRIKA had done in Manhattan, and BRIKA found me through Etsy. Etsy has really been amazing for me! How did it feel to find out you were nominated?  How did making it into the finals make you feel? Being nominated and becoming a finalist has been exhilarating. I am so proud, and honored, and thrilled to have been chosen as a finalist – and it’s still sinking in! The level of talent out there in the world is continually inspiring and I am constantly in awe of what people are doing. To be chosen as a finalist alongside some of my professional role-models is ridiculously flattering. What is your top selling pillow phrase? 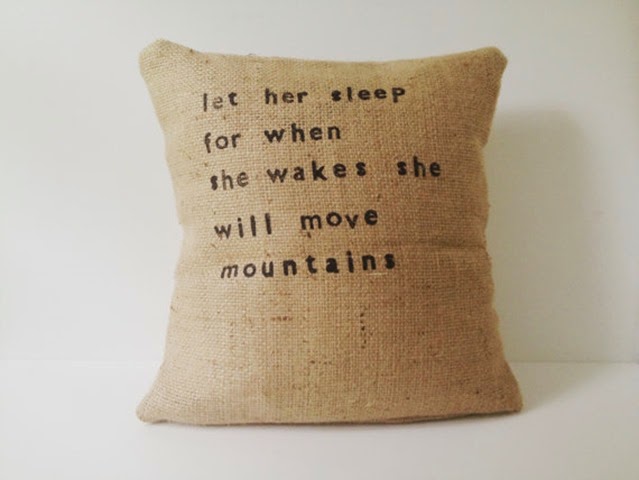 The current top-selling pillow phrase is "Let Her Sleep, For When She Wakes She Will Move Mountains" – I think a lot of people are buying it as a gift for baby girls – it was also featured in a recent Martha Stewart Email about great gifts for new parents, so I think that has been driving it more too. (Our other most popular quote is "But seriously, let’s make out" – for obvious reasons!) What is your personal favorite pillow phrase? 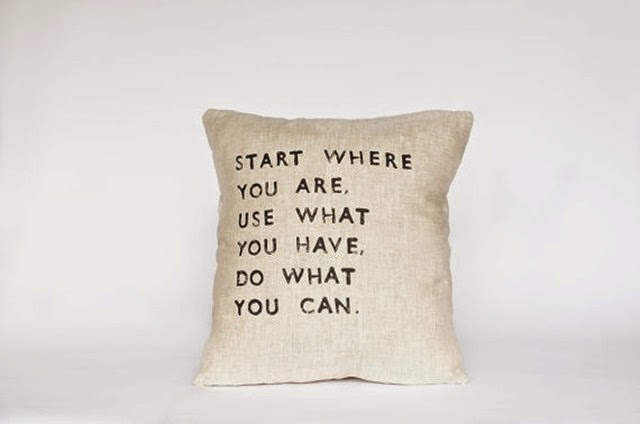 My personal favorite pillow phrase is "Start where you are, use what you have, do what you can" because I constantly am putting up mental road-blocks, but this phrase reminds me that anything can be accomplished with what’s on-hand. (That’s actually how Casa & Co. started too!) Check out all of Ashley’s pillows on her etsy site here and don’t forget to place for your vote(s) HERE! Congrats Ashley!