Apple season officially starts in 28 days.  Which means I basically have 28 days left to sew!  Eeek!  Which means – it’s time to prioritize.  I can’t show you everything I’ve been working on…but they’ll be shown (with tutorial) every Wednesday…even during my crazy busy apple season.  Yup – I’m working ahead on the 52 Traditionally Twisted Block Quilt Along!  But…since I have a hard time focusing, of course I’m working on a few other things right along with that!  One of those being my #nestedchurndashalong quilt! 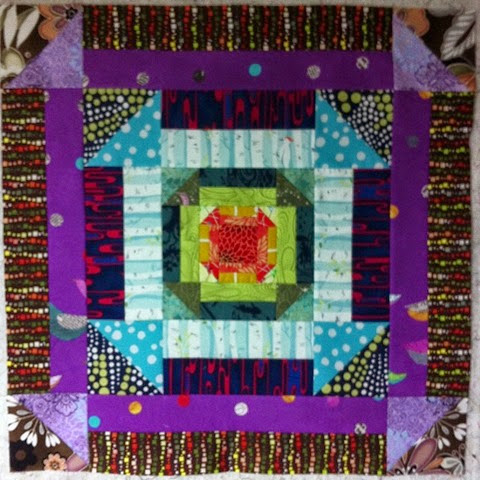 I finished the first Nested Churn Dash block – I went for a rainbow color scheme.  The middle is Red, the next wrap is Orange, Yellow is next to that, Green comes next, I added an aqua in before the Blue (both light and regular), next Purple, and I decide to wrap the outside in brown.  I was going to make six of these blocks…but I didn’t want the brown striped print to make suck a thick section since at this time I don’t intend on sashing this quilt. 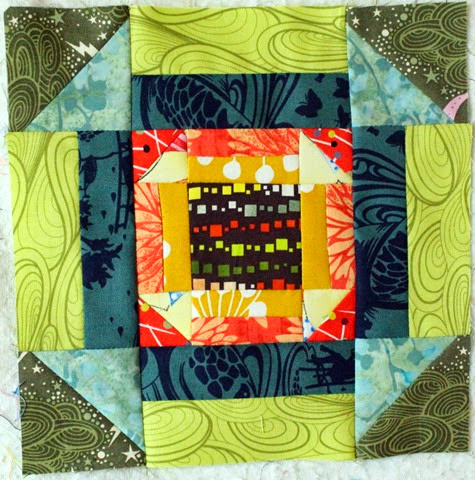 So…I decided to flip every other block.  Three blocks will look like the first one I put together…the other three will have a brown square in the middle.  So…instead of going ‘exactly’ by the rainbow color scheme…I put the brown striped fabric in the middle.  Then I went yellow, orange, aqua, green…. 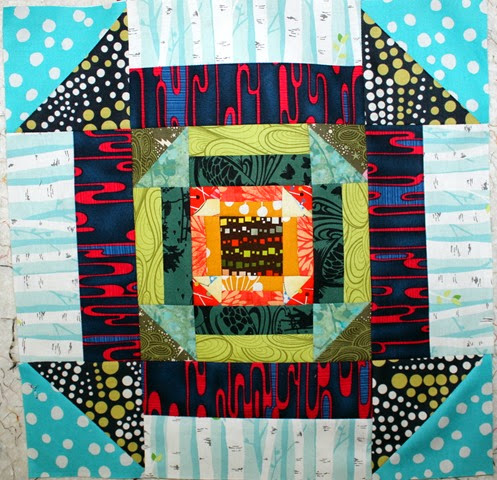 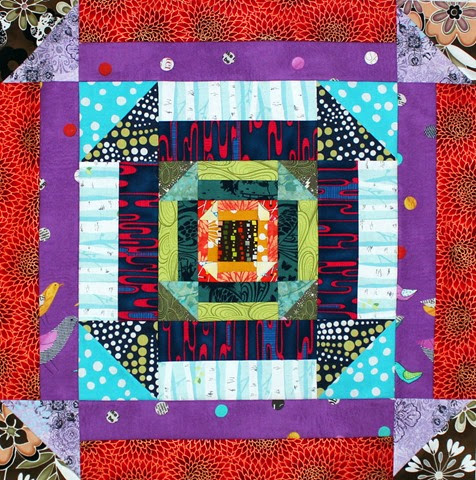 purple…and red on the outside.  I really like my brown floral print corners and I’m okay that it will make a ‘diamond’ like pattern when they’re all put together.  I love watching just how much the block changes as more churn dash borders are added on! 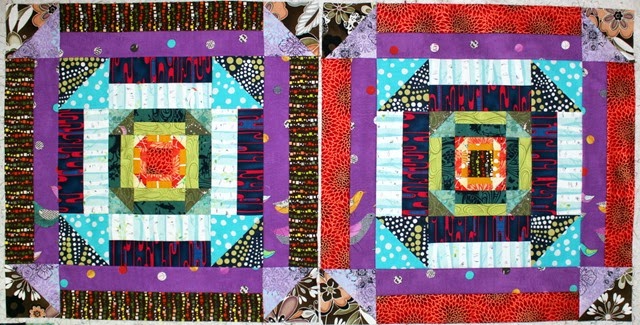 So…here we they are…two blocks are FINISHED and side by side! As you’ll see…my other dilemma with this decision is that I don’t have enough of the red/gold chrysanthemum print for all six blocks…so…I have three different reds that will be used throughout…hopefully it works since this isn’t really a ‘scrappy’ block.